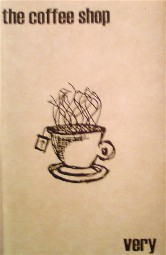 I've always felt that this is one of the most slept on westcoast underground albums. Very is/was a member of the US Pros with Knows and Tim Sears and as a crew they released 3 albums. I have always had a hard time gathering info on the crew or any of its members, so if anyone out there wants to shed some light on what they have been up to it would be much appreciated. Very is still making music, he released his second solo album "Color" in 2010 and continues to work with Scarub in their group Afro Classics.