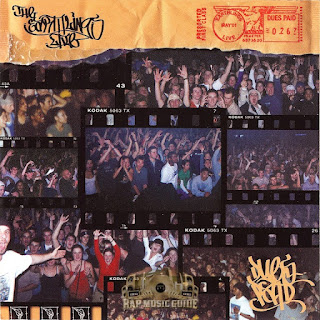 Dues Paid, the live album released by The Earthlings in 2001 on 2B1 Records. This is a collection of live tracks recorded at various location between 1995 and 2001. I don't have a lot of time to write much about this album, just know that its dope.....otherwise I wouldn't have posted it.