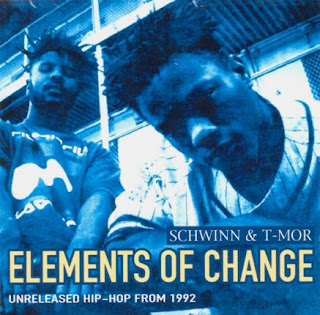 Growing up I learned about new artists from liner notes and shout outs on albums...also from my homie Quinn who always came through with the heaters and helped get me started in the rap game. One shout out that always stuck with me was: "T-Mor said 'Casual's a monster'" - Casual from That's how we rip shit. After hearing this, I asked everyone I knew who T-Mor was and if they had any of his music. At the time no one had any info about him and they were as curious as I was. Fast forward a few years, I find out who T-mor is and that he used to rap with someone named Schwinn, but their music is impossible to come by...dead end.

Fast forward a few more years and I'm in the bay area visiting some friends. Kegs One and I are driving to Amoeba Music in San Francisco and the album we are listening too (Otherwize - C.U.N Traffic) ends. I grab a stack of CD's from the back seat and pick the disc with no writing on it. When the beat hit on the first track I had no idea what I was listening too, I asked Kegs who this was and when he said "T-Mor & Schwinn unreleased album that TD Camp was getting ready to release on Hella Records." I think I screamed like a sucka would. I just accidentally found an album I had been searching for for almost 15 years. TD released the album a few weeks later and I made sure I copped it right away. This album will always be a favorite of mine, partially because it's really good, but also because I will always remember how long I looked for it and how I ended up finding it. 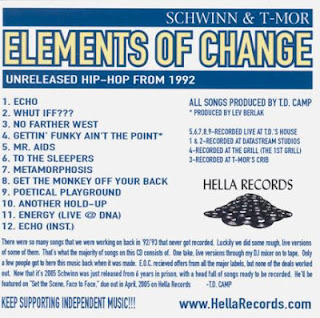 Peep game on Jonny Paycheck's and Domino's sites for some pictures and info about T-Mor and Schwinn.