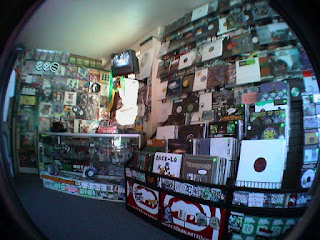 BTS TV Vol.1 is a collection of live show footage from 2000 - 2004 that to my knowledge was never released. I was given a copy of this DVD in 2005 when visiting the bay area with friends. Featuring the likes of Randy, The Jedi Knights Circle, The Disflex6, Maleko, Joe Dub, Dave Dub, Persevere, Spex, N8 The Gr8, Scarub, Ellay Khule, Optimus Rhymes, D-Styles, Pseudo, Kanser, Aloe Blacc, Exile, Emanon, The Cuf, Murs, Eligh, Otherwise, Actafool, Kaer, Sach, and more.

This DVD has some amazing live performance footage, Ellay Khule performing the Rifleman Acapella, footage from the Old Joseph - The Walk record release party, Exile coming up from behind the turntables to kick Exile For President, Sach rapping at the Sach 5th Ave record release party and kicking his verse from The Nonce Mixtapes, then asking the crowd for a moment of silence for Yusef Afloat during his part of the track.

Shouts out to KegsOne for getting me a copy of this and Crazy Mike from Fish Eye Films for putting it together. Enjoy