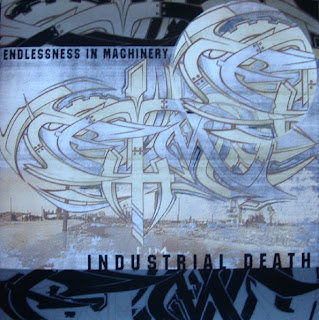 Endless In Machinery is Dave Dub and Tape Master Steph aka Sidus Idiom. Industrial Death was originally released on cassette in 1999 and then re-released on CD in 2002 by the good folks at Isolated Wax. This is more of that classic Dave Dub sound with production handled by Tape Master Steph, Fanatik, Dj Roe, and The Architect. Guest raps courtesy of Defiance and Zest The Smoker aka Grandmaster Zest. 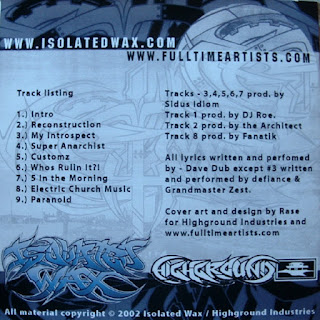