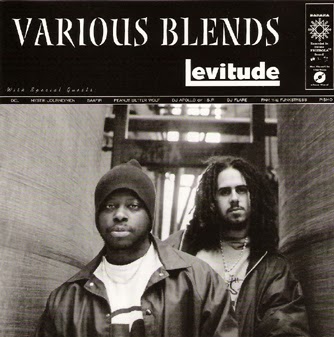 A solid debut album from San Meteo's own Various Blends. Featuring guest spots from Saafir, Rashinal, Del, Pizmo, Mystik Journeymen and many more, this album from mc's EB F and Friz-B is not something to be slept on....and I know you have been.

They also released a demo in 1991 and a CDr titled More Chemicals in 1998 that I have been unable to find, anyone with any info should hit me up, it would be greatly appreciated.