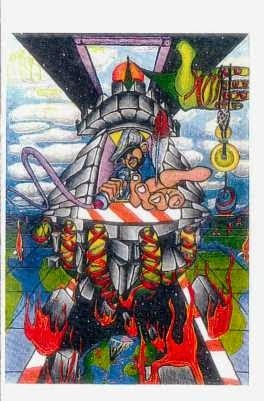 This tape has been posted on a bunch of different sites over the years and for good reason, it's one of my personal favorite underground tapes. I'm not going to post a link to download because the good people at Ghetto Tyylit posted it here, and Meeee from Record Science posted it here and both of their links are still active so make sure you cop it from one of them. I'm posting this tape because over the Christmas holidays I went back to my hometown and while looking through some old pictures and catching up with friends I was reminded of the first time I heard this tape.

I grew up in a small town with a decent hip hop scene, unfortunately there was no outlet to buy independent music, the closest store where you could buy anything from outside the top40 was 3 hours away in Vancouver. The internet was around and P-Minus was doing his thing with Atak mail order, but I was fresh out of high school stocking shelves at a grocery store and didn't have a credit card. Like most people in town I would hit up the record stores anytime I was in Vancouver to buy what I could and catch dubs from friends.

A friend had just come back from a trip to Vancouver and Seattle and while he was there he bought as much music as he could find, often not knowing anything about the artist and going by staff recommendations. Over the next few weeks I was able to dub a bunch of tapes from him, but I hadn't had a chance to sit down and listen to any of them so they were just sitting in my tape racks. Here's a pic of my tape collection from 2012, before I moved (again) and had to tear everything apart. 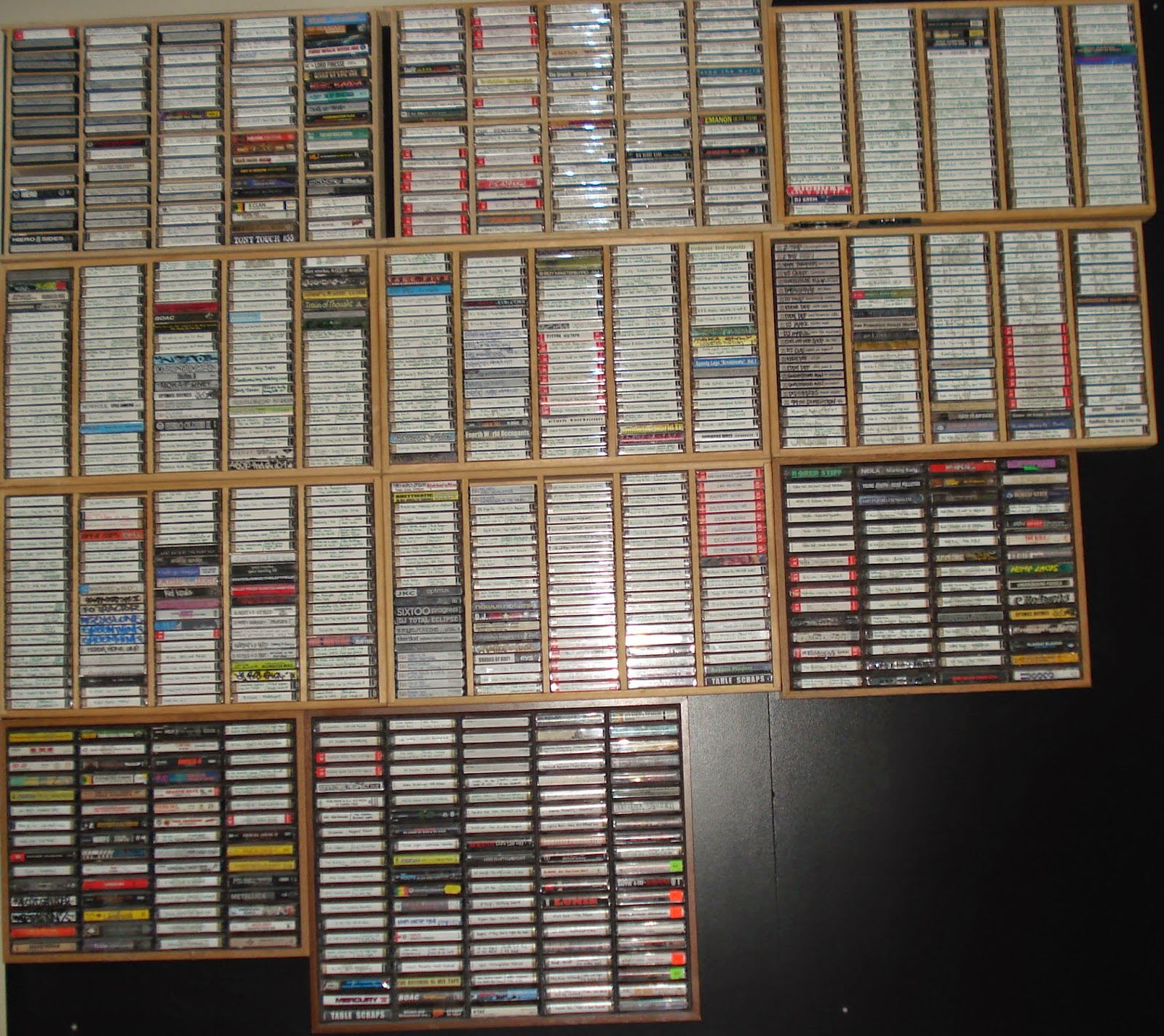 My collection topped out just over 1000 tapes, many of them dubs which were later replaced with records where possible and some CD's. Up until my first move in 2004 my tapes were organized in chronological order (shouts out to High Fidelity) from the time I got them, starting in the upper left corner and working left to right. This wasn't done for any other reason than when I would get a new tape I would add it to the end of the rack, if I ran out of rack space, add a new rack and continue. Because things were organized chronologically I could usually look at a tape and relate it to a certain time/trip/day/event in my life. This system worked great for me but my friends found it impossible to find anything, especially as the collection grew.

One day I came home from work and my homie Q was in my room playing Tony Hawk Pro Skater on the PS1, with a pile of tapes scattered around. It wasn't uncommon to come home and have someone in my room playing video games but the mess of tapes he had was out of the ordinary. Q recently had a friend play him a snippet of a song, but never got around to asking who the artist was. Q didn't have a way to get a hold of the person who showed him the track and there were no online music databases available to figure it out for him so he did the only thing he could think of, go to my house and start going through tapes.

He was about 20 tapes deep when I came home and still had a stack of candidates left to check. I was able to rule out a few of tapes because I knew them well. He handed me a tape I had recently acquired but had yet to listen too by King Koncepts. I didn't know much about the tape and at the time I didn't realize that Koncepts was part of The Fundamentals, a crew whose music we had previously heard. My dub was not from the original, it was a dub of a dub, the original dub came from my friend who just got back from his trip. The person I got it from didn't write down the track list so we had nothing to work with. We put it in the deck and pushed play, normally we would listen to a bit of a song and if it wasn't what he remembered we would fast forward. As we started listening to the album we found that that we weren't fast forwarding because each track was really good. We finished side 1, we hadn't found the track we were looking for but neither of us were too concerned about that because we felt like we had just discovered a really solid album. Side 2 continued where side 1 left off, really good music with a unique sound. It wasn't until the 4th track on side 2 that Q found the song he was looking for, The Gate featuring Bad Batz Maru aka Murs. We finished listening to the tape, and Q borrowed my copy for a few days to make himself a copy.

Since the first time I heard this tape it's been in my rotation. It's safe to say that I don't go 3 months without coming back and giving this album a listen, and to me it still holds up after all this time. Over the years I've bought multiple copies of this tape, some new, some used. 1 for my collection, others for friends who I thought would enjoy it. A couple years ago I had a friend who was getting rid of all his tapes, he gave me his copy, which he told me I had originally given to a mutual friend who later passed it on to him. I held onto that tape for a few weeks before exchanging emails with Koncepts who mentioned that he didn't have a copy of the album anymore so I mailed him the original.

Over the last few years I've moved 3 or 4 times and my tape collection moved with me. Unfortunately through those moves the tape racks started to break down and at one point most of my collection spilled out of the racks, ruining the chronological order. I didn't bother spending the time trying and put it all back together, I just loaded everything back in the racks randomly and kept moving. The above picture was taken 5 days before my most recent move and is the last picture of my collection all together. I boxed up about 3/4 of the tapes and gave them to a friend who I knew would make good use of them, the other 1/4 moved with me, relegated to a box in the closet. I hung onto most of my originals and anything that I deemed rare or had sentimental value, including my copy of Project Ambershine.
Posted by Jibs at 8:56 pm
Labels: Evil East, KarmaChi, Kemetic Suns, King Koncepts, Murs, The Fundamentals