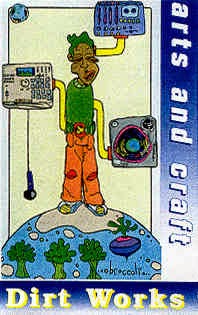 Debut tape from Living Legends member Bizarro. When this tape came out in 1997 it was really hard to find. Despite the Legends having mail order available on their website, and generally being well ahead of most underground acts when it came to the internet and making their music accessible, certain tapes were hard to come by. I was never able to find an original of this tape, I settled on a dub I got in a trade and eventually found a rip that sounded better than my dub. Enjoy