Asop - As Good As It Gets 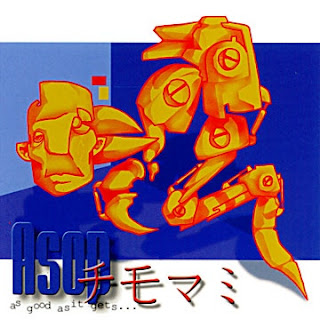 More of that good music from Living Legend's member Asop. 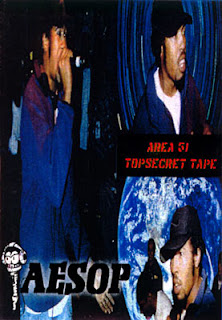 The debut tape from one of the Living Legends most under rated mc, Asop Tha Supahuman aka Aesop The Black Wolf. I've always really enjoyed this tape, and it still gets play to this day, but there is one thing that I never understood and Asop isn't the only artist who's done it, but I've never understood how the first person to rap on an artists debut album can be anyone but the artist? In this case Murs has the first verse on the album, and the only other example I can think of off the top of my head is The Lady Of Rage having the first verse on Snoop Dogg's debut album Doggystyle, but I there are other cases of this as well.

Anyways, don't let my ramblings deter you from checking out this solid tape. 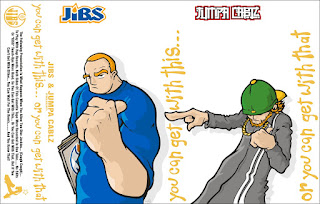 Sometime in late 2006 I was playing records and decided that I wanted to record a short mix with no edits or touch ups. I spent some time putting together a track list and when I felt ready I popped a fresh 90 minute Maxell XL II tape in the deck, hit record, and started working through the mix. When I was done I reached out to the homie Jumpa Cablz and asked if he would like to do the same thing for side 2. A couple of weeks went by and he hit me up with his mix as well as some fly art work to go along with it. We dubbed 20 - 30 copies on tape and gave them out to friends.

Last week I was going through some boxes and I found the original copy of the tape and decided that I should post it on the site. Peep the tracklist after the jump and if you're interested download a copy of the mix.
Read more »
Posted by Jibs at 4:39 pm 1 comments
Labels: Jibs, Jumpa Cablz, Mixtape 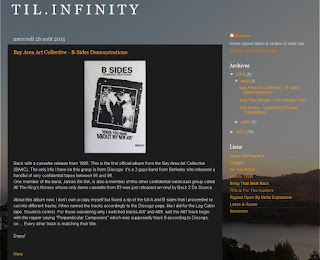 I don't have time to post any music today, however I do have a moment to let you know that Etienne from the Til Infinity blog is back online posting rare music. You may have seen a link to the site in my Log Cabin post a few months back, at the time of that post the site had been inactive for 4 years. It's always great to have another site posting rare underground hip hop, and if you hadn't heard that the site was active again, consider yourselves learned.