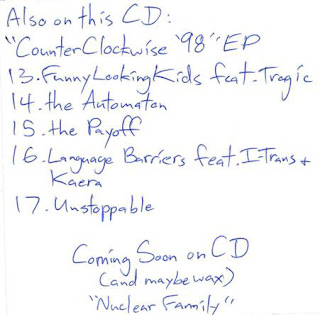 As requested, the Counter Clockwise EP from 8:35. This was originally posted by the good people at GhettoTyylit. 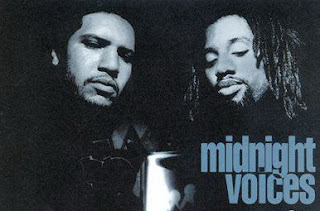 Shouts out to A.-"Karriem" A. Khan= AK*2 for bringing this video to my attention and to Vimeo user Simblr for posting it.

I've posted about Midnight Voices in the past, and while I don't know a lot about the group I've always enjoyed their music. This footage is a live performance at the Upper Room for the making of a music video. It includes the group planning the shoot, the explanation of everything to the crowd, the live performances, lots of footage of the crowd, and a freestyle session.

I can't speak to the significance of this footage, but I always enjoy seeing footage of shows from this era. The video starts around the 1 minute mark and make sure you watch until the end for the yo mama jokes. 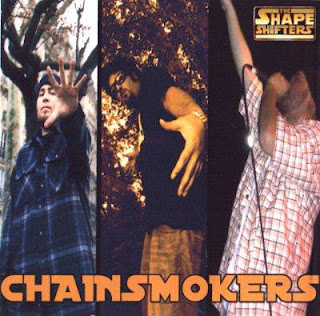 As requested, the Chain Smokers self titled album from 2005. 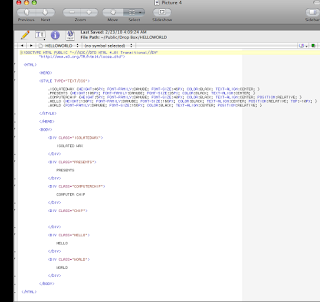 Going through some old emails this week I found a link to the Computer Chip (Megabusive) - Hello World EP. Hello World came out in 2009 and has since been put up for free download on Soundcloud.
Posted by Jibs at 4:30 pm 1 comments
Labels: DrumMachineMike, Fatmike, Megabusive, Nga Fish, Tape Master Steph
Newer Posts Older Posts Home
Subscribe to: Posts (Atom)