The Cuf - I Love This Game 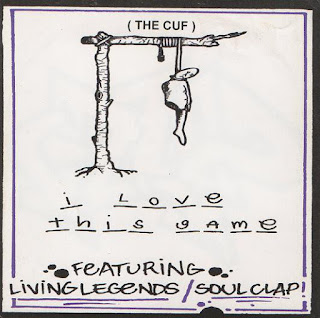 The first Cuf 12" I ever got my hands on. When I bought it I was excited about The Cuf and Living Legends collaboration. After the first listen the track that stood out to me and to this day is still one of my personal favorites is Checkmate. 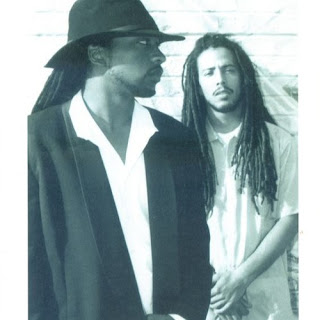 Back in October of last year I was in New York and had the pleasure of meeting King Koncepts at his record store, Good Records. We chatted about music and he mentioned that Karma was working on releasing some old late 90's Kemetic Suns music. Fast forward to last week and I received an email from Karma introducing himself and letting me know about the music he posted on his Tumbler. Karma picks up where Koncepts left off when he posted The Bombshelter album back in 2009. I'm not going to try and summarize any of this of, instead I urge you to take some time and read through the detailed posts from Karma and listen to the unreleased Ka Auditron Ba (Karmachi & Hypnotic) album.

I'd like to thank Karma for reaching out to me and allowing me to post this on my site. The insight he and Koncepts provide is rarely seen in underground hip hop and is greatly appreciated. 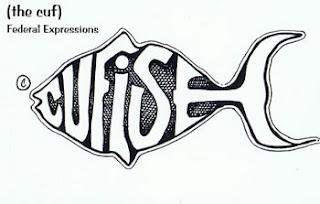 This is the first tape I ever got from The Cuf. A bunch of us drove 9 hours to Portland to see a Living Legends show in 1999 and The Cuf were one of the opening acts. It turned out that they were staying on the same floor of our hotel and heard us listening to Legends tapes while we were making dinner. N8 and someone else stopped by and introduced themselves and told us to check them out at the show.

My introduction to their music was them ripping their set, they made the other opening act (some Canadian artist) look really bad. After the show we chatted with them while they were selling tapes and they invited us to the after party....which ended up being a dj show involving Dj Craze and a few other djs. The show was more of a rave and we had a 9 hour drive home in the morning so we went back to the hotel. Around 4am someone was banging on the door of our hotel room, it was an intoxicated member of the group telling us that they lost their room key. I don't remember exactly what happened next but it took about 30 mins to get him into his hotel room.

Unfortunately I don't have this tape anymore, just a bad quality rip. If anyone has a better quality rip I would love to get a copy of it. 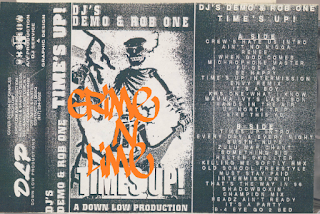