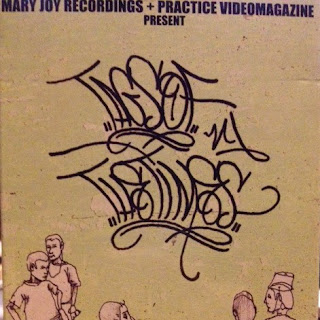 I'm not sure what type of release this video ever received, I've never seen an original copy of it, only the VHS dub I received in a trade back in the day. Tags of The Times 3 has always been my favorite album in the series so I was happy to see them put out a sort of video documentary about the album. The video contains interviews and live footage featuring Murs, Scarub, Living Legends, Self Jupiter, Sach, Spoon (of Iodine), Company Flow, Mr. Lif & 3MG, Aceyalone, Fat Jon & Mr. Dibbs, Dreamweavers (L'Roneous & Elusive), Aesop Rock, Buck 65, Shing02, DJ Ice Water, Kirby Dominant, P.E.A.C.E., Atmoshpere, Mikah Nine, Megabusive, OD, and Emuse.

Tags Of The Times 3 Documentary from Jibs on Vimeo.