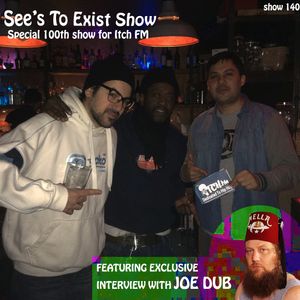 I stumbled on this the other day and thought it was interesting. I don't know anything about the See's To Exist Show, but it appears to be a monthly jazz show. I haven't heard much about Joe Dub in the last few years so it was interesting to stumble on a relatively recent (from 2016) interview with him. Does anyone know what Joe is up to now, is he still making music?

"I dedicated my 100th show on Itch FM to the correlation between the underground (mostly West Coast) Hip Hop I'd been a fan of, and the underground (and to some extent also West Coast) Jazz I came to love. I try to tell a story mapping the development of my interests in these areas through a playlist containing both Hip Hop and Jazz, and have also included an exclusive interview with rapper and producer Joe Dub (SFSM, Westcoast Workforce, Painkillers, Contraband, MianMein Ensemble). We speak about San Francisco Street Music, sampling Jazz, LA2TheBay, and Project Blowed-related music. Enjoy!"