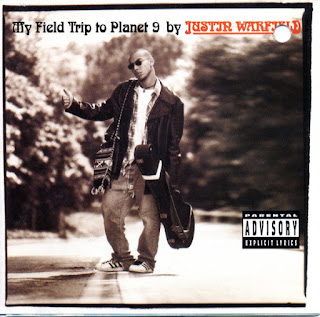 Posting something a bit different today, well not really that different. I was going through some old episodes of the 2 Mex Hologram podcast and I realized how many times he references Justin Warfield so I thought I would check out Justin Warfield's debut album. Featuring production from Justin Warfield, Prince Paul, and QD III it's got an interesting sound that is reminicient of the late golden era and the mid to late 90's underground. If either of those era's are of interest to you then you might enjoy this album.

For those of you wondering what 2 Mex has been up to I just noticed that he's doing something on YouTube called 2 Mex TV. You can check it out here.